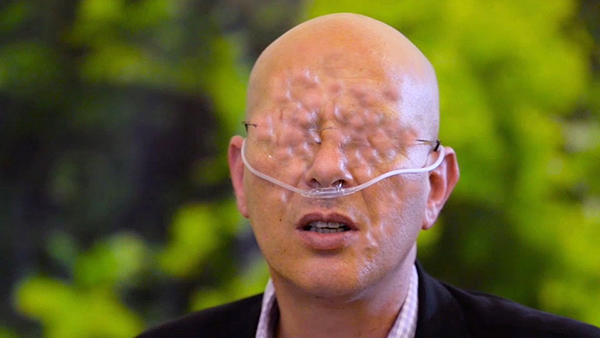 The Foaming Node tells the story of the last remaining observers who were members of a cult of sorts who followed the transmissions and evacuations of the mysterious Foaming Node, whose main project and mission was the distribution of the human body. This is their story.

Ian Haig’s practice refuses to accept that the low and the base level are devoid of value and cultural meaning. His body obsessed themes can be seen throughout a large body of work over the last twenty years.

His work has been exhibited in galleries and video/media festivals around the world. Including exhibitions at: The Australian Centre for Contemporary Art, Melbourne; The Ian Potter Museum of Art, Melbourne; The Experimental Art Foundation, Adelaide; The Australian Centre for the Moving Image, Melbourne; Gallery of Modern Art, Brisbane; The Museum of Modern Art, New York; Artec Biennale – Nagoya, Japan; Centre Georges Pompidou, Paris; Art Museum of China, Beijing; Museum Villa Rot, Burgrieden-Rot, Germany. In addition his video work has screened in over 120 Festivals internationally. In 2003 he received a fellowship from the New Media Arts Board of the Australia Council and in 2013 and 2017 he curated the video art shows Unco and Very Unco at The Torrance Art Museum in Los Angeles.