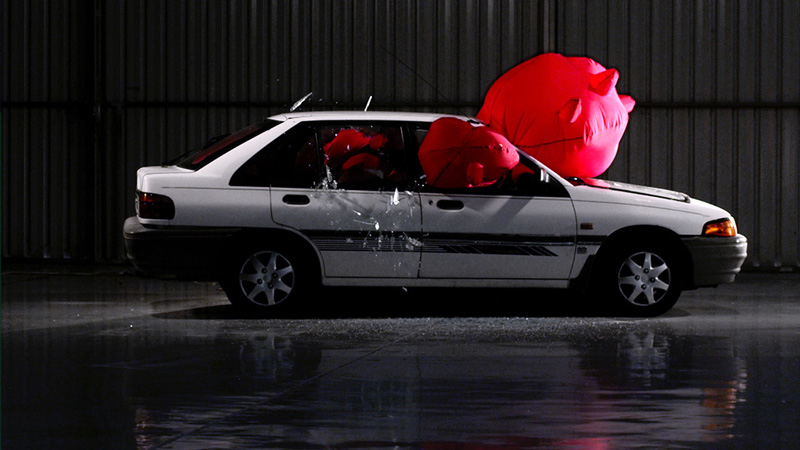 The car interior is a curious and under-analysed site – it is a discrete space, in which the full spectrum of life occurs; the banal ritual of driving to work; eating drive-thru food; having sex while parked in a dark street late at night; the trauma of an accident, bleeding out through the windows. It is a space that travels through other spaces, at times seemingly oblivious to the outside.

In Merge the confined space of a mindlessly generic sedan interior is slowly consumed and eventually merged – through violent rupture – to the outside, by an overactive, nippled, red ‘horror-airbag’. The intense, ambisonic score for this film heightens the menacing yet oddly comic transformation taking place.

This film was supported by the Department of Culture and the Arts, Government of Western Australia.