The Light In Her Eyes 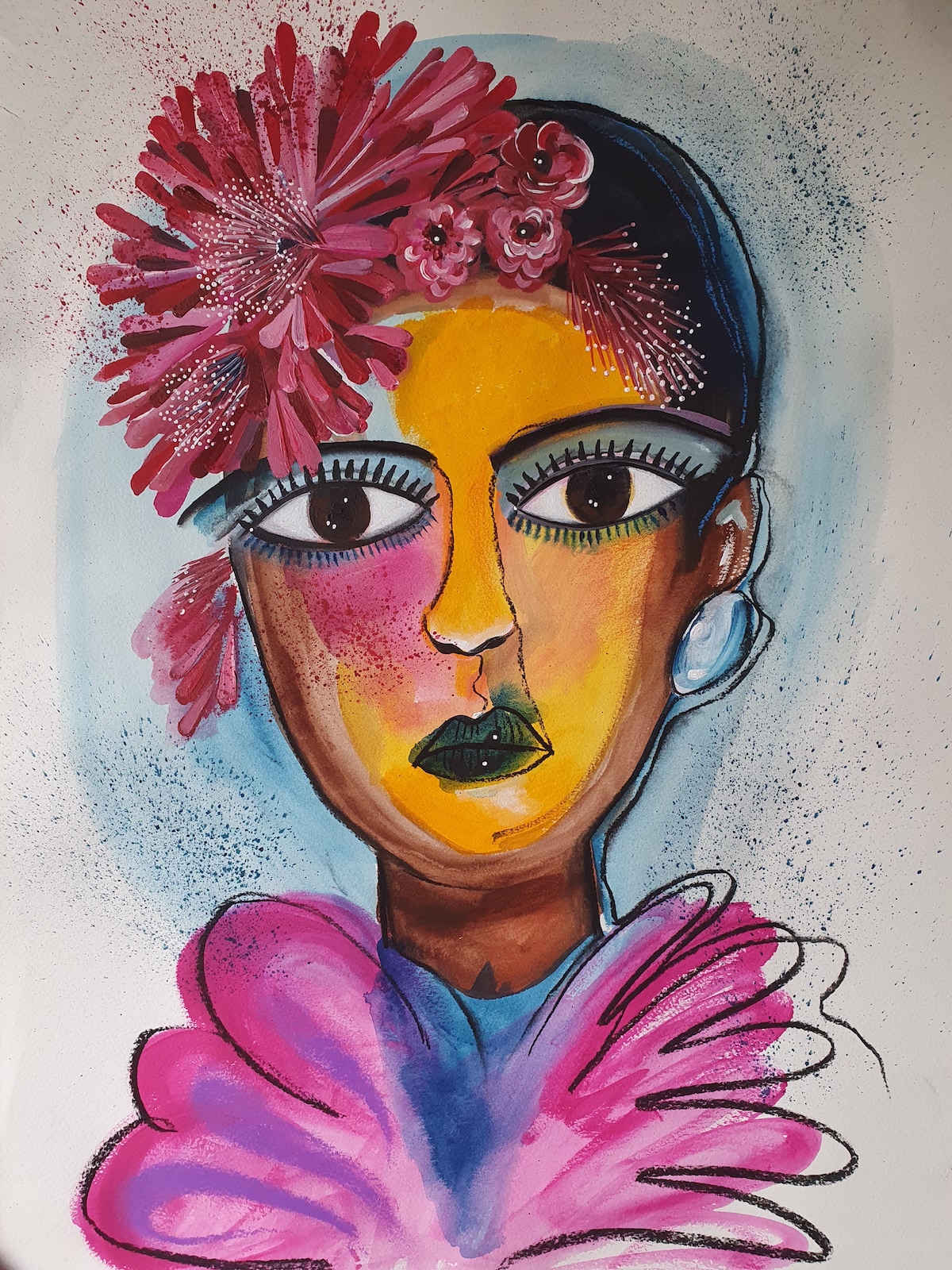 The Light In Her Eyes

Archibald Prize Amani Haydar’s first commercial exhibition ‘The Light In Her Eyes’ will run simultaneously with the launch of her book, ‘The Mother Wound’.

In 2015, Haydar suffered an unimaginable loss. Her mother, Salwa, was stabbed 30 times in her Sydney home by her husband while their youngest daughter, only 18 at the time, pled with him to stop. At the time, Haydar was working as a litigation lawyer and was pregnant with her first child.

Grieving from the loss of both her parents—her mother, to a brutal attack, and her father, to a 22-year prison sentence—Haydar took to art as a means of healing from her inherited wounds.’The Light in Her Eyes’ is a product of her ongoing inquiry into the personal and political dimensions of abuse, loss, and male violence.

Haydar has since combined her legal expertise with her art practice to fearlessly advocate for domestic violence survivors. In 2020, she was named Local Woman of the Year for Bankstown in recognition for her advocacy. Art critic, Ashley Crawford writes, “The lawyer Haydar became an advocate for change in the legal process for domestic violence survivors. But arguably it is the artist Haydar who holds the more powerful voice”. Having only worked as an artist for a few short years, Amani was named a finalist for the Archibald Prize in 2018.

In spite of her trauma, Haydar’s palettes are marked by a distinct sense of vibrancy. Her exuberant colours work in tandem with the defiant gazes of her portrait sitters to convey a sense of hope—that one day, safety and freedom will be attainable for all women. In their wide-eyed stares, we catch glimpses of the human condition, and it is through this exchange that true solidarity is achieved.